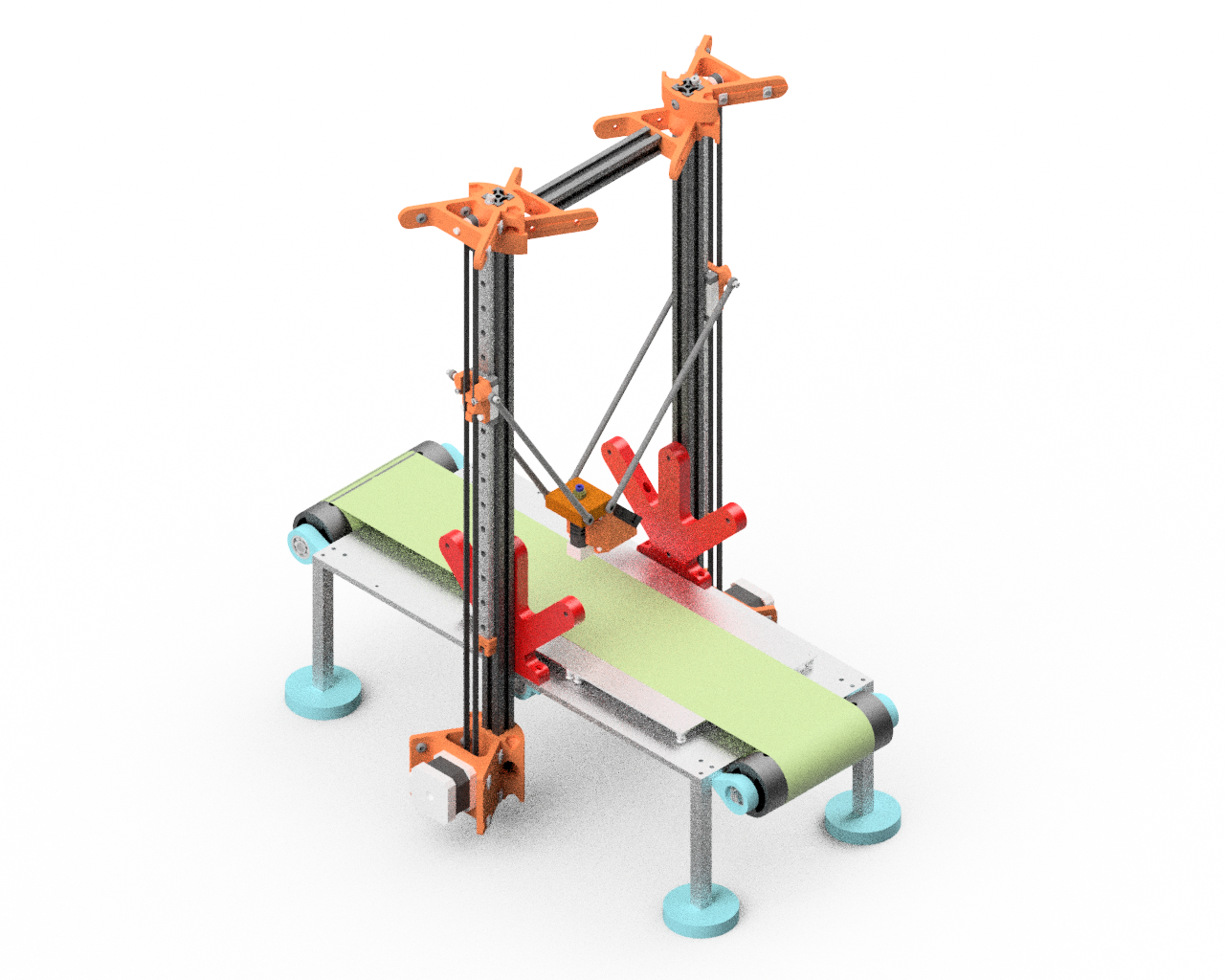 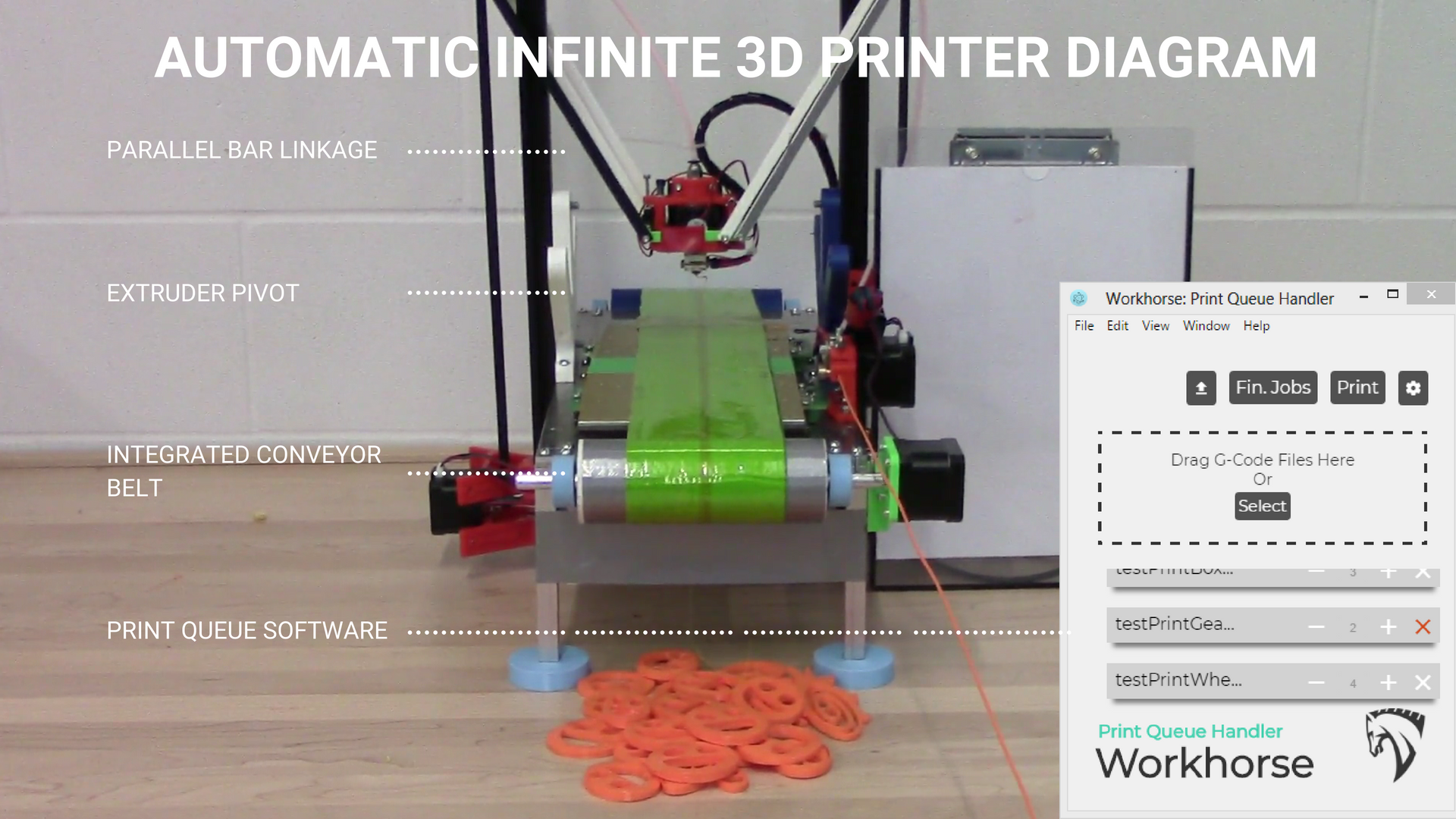 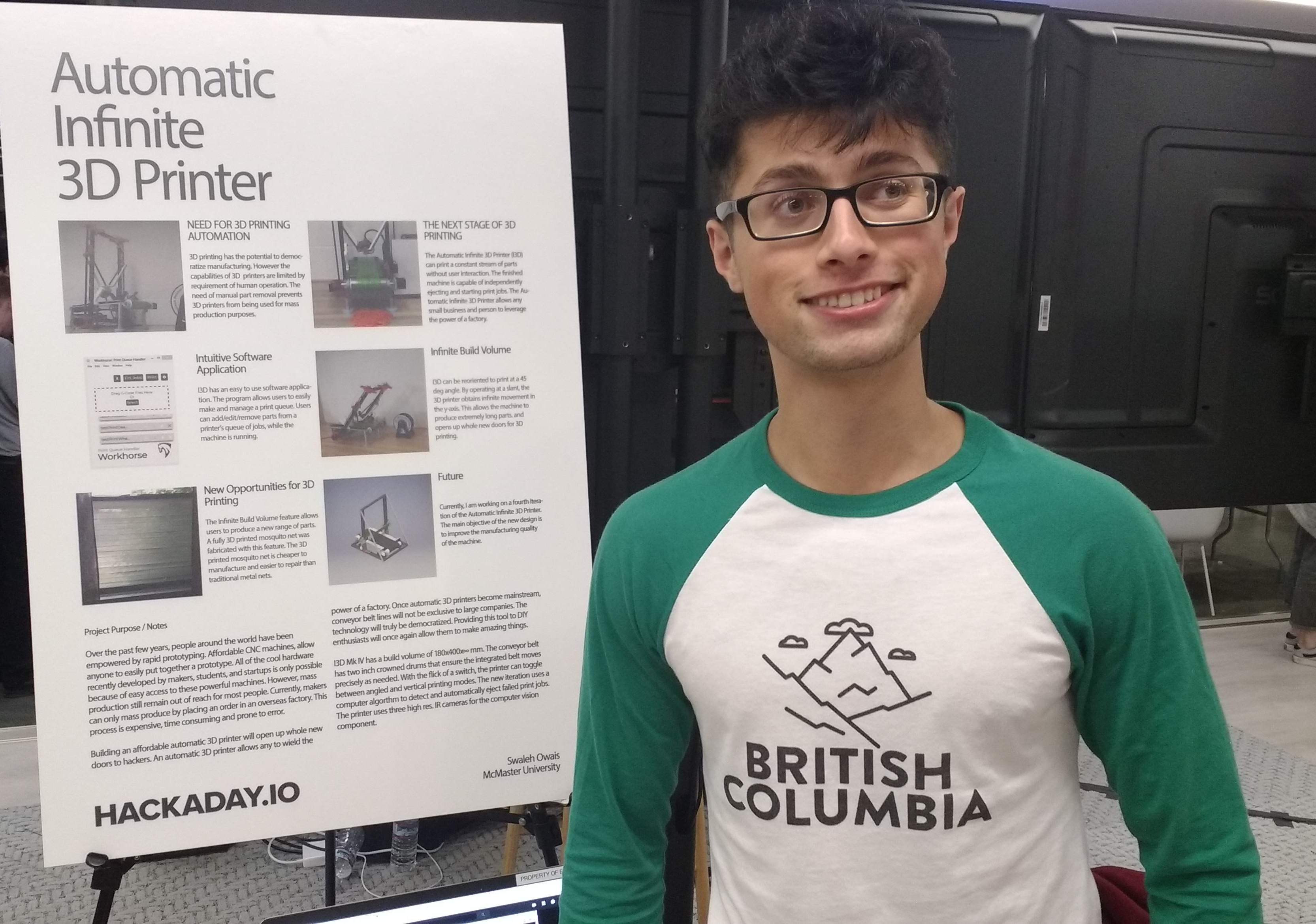 3D printing has the potential to democratize manufacturing. However the capabilities of 3D printers are limited by requirement of human operation. The need of manual part removal prevents 3D printers from being used for mass production purposes. Therefore, the purpose of this project is to build a 3D printer that can print a constant stream of parts without user interaction. The finished machine is capable of independently ejecting and starting print jobs. The 3D printer allows any small business, organization, and person to leverage the power of a factory.

Even though 3D printing is a newly emerging technology, it has rapidly became mainstream in education, manufacturing and many other industries. 3D printers allow anyone to easily produce complex parts. However, these machines have one critical flaw. After a 3D printer has finished printing a part, a person must physically go to the printer and remove the part from the print bed. A 3D printer cannot start its next print job, until the previous part is removed. This constraint cripples the productivity of 3D printers. If 3D printers could automatically eject their printjobs, then they could print out a constant stream of parts. The efficiency of the machine would drastically increase. Many businesses already use 3D printers to manufacture product. Currently, their manufacturing capabilities are constrained by the constant need to manually remove/start print jobs If this task was automated, it would be easier for more companies to use 3D printing for volume manufacturing. Personally, I work in a 3D printing lab that prints hundreds of parts for my fellow university students. From my position, it is obvious that this constraint significantly limits the number of print jobs our lab can complete per day.