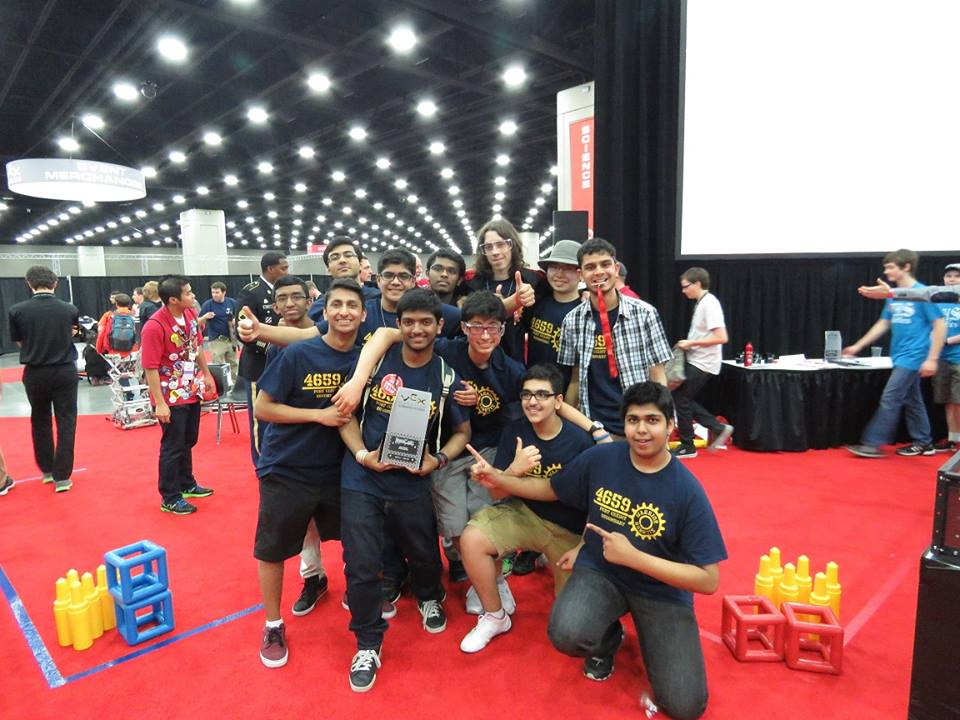 My team, 4659A Warrior Robotix, had a fantastic season in 2015. We won several regional and provincial awards; including, Excellence, Tournament Champions, and Judge's Award. We qualified for the VRC World Championships in Louisville Kentucky. We competed well finishing as runner ups in our division. My personal responsibility were programming and design.